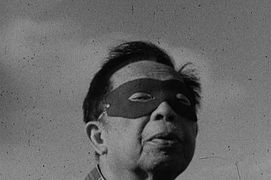 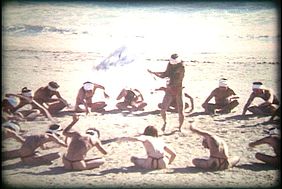 Tetsuya Mariko
Born in Tokyo in 1981. Completed studies at the Graduate School of Film and New Media, Tokyo University of the Arts. His Float Running (2003) and Mariko’s 30 Pirates (2004) were screened at various international fi lm festivals. His debut feature fi lm Yellow Kid (2009) was released theatrically, and his 42-minute short fi lm NINIFUNI (2011) was invited to Locarno International Film Festival. He also directed FUN FAIR (2012) in Malaysia for the anthology film Own Night with a Shooting Star. “Distraction Babies” will be theatrically released in 2016.

“Crazy Little Thing” &”such a good place to die” by Onohana

Onohana
Grew up in the Iwate, Japan. Graduated from the Tokyo University of the Arts, Graduate School of Film and New Media, Department of Animation in 2014. She is the member of the ONIONSKIN. She is making a new animation films today.

Mie Kurihara
Born in 1971. Worked as a projectionist at asound studio for one year after graduating from junior college; subsequently, she joined the 17th workshop of Image Forum Institute of Moving image. She has produced nine works so far including Level blue (1999), Summer grass 2/10 (2008). All her works are shot on 8-mm film.

Oct 4 @ Green Papaya 21:30- Roundtable discussion “Media and Migration”
From 8mm to DCP, how do independent filmmakers and artists deal with formats, from the shoot to presentation, distribution, and archiving of their works. Comparing moving image practices in Japan and the Philippines, film and art.
Oct 5 @ Los Otros 20:00-
“Who Opens the Door?” by Hajime Izuki
“KIM” by Shumpei Shimizu 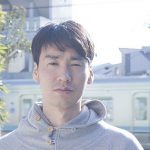 Hajime Izuki
Born in 1980. During his time at university, he participated as a crew member for Nobuhiro Yamashita work. After working at production company, he took part in the works of Shinya Tsukamoto and Masashi Yamamoto. His future debut “- × – (Minus by Minus)” was officially invited to the International Rome Film Festival and also shown in other festivals. Short film “Who Opens the Door?” was presented in the Hong Kong International Film Festival and others, receiving high evaluation. He is currently participating “TKY2015”, a short film making project organized by Happy Tent.

“KIM”
“KIM” is a gritty melodrama in which the worlds of Zainichi boxer and a battered housewife-turned-prostitute collide and spiral down the path of destruction. 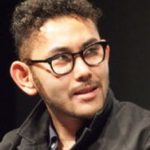 Shumpei Shimizu
Born in Kamakura in 1984. After graduating Meiji Gakuin University, he worked at a maritime company, and in 2013, started studying at Tama Art University. His first film, “KIM”, won grand prize at the 26th Tokyo Students Film Festival, officially invited to Nippon Connection and Vancouver International Film Festival. In 2014, he started studying at the Tokyo University of the Arts, where he is currently enrolled. He participated as a crew member for Martin Scorsese’s “Silence.” He is currently participating “TKY2015”, a short film making project organized by Happy Tent. 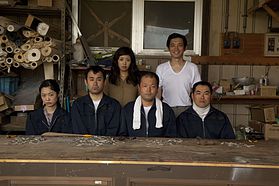 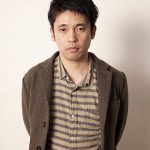